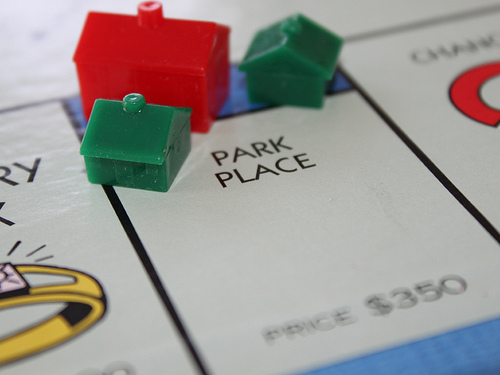 Expanded Fact: On the Henry George Institute website, Edward Dodson has a great article about how the game Monopoly was originally a game called “The Landlord’s Game” that was supposed to teach principals of social and economic justice. It was created by a young woman named Elizabeth Magie, an ardent fan of the single tax proposal by philosopher Henry George. Ms. Magie patented her game in 1904. She went on to sell the rights to her game to Hasbro, so they could turn it into “Monopoly”, on the condition that they continue to sell “The Landlord’s Game” as well. It didn’t sell, but Hasbro did make the alternate rules available if you wrote in for them.

Fun Fact: The original game and rules for “The Landlord’s Game” are now available online.