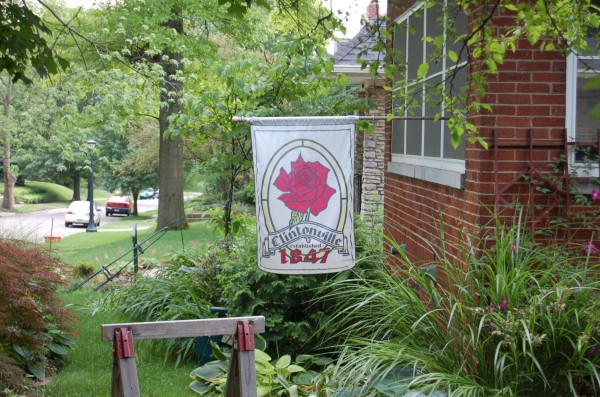 Clintonville is a north-central ‘unofficial’ community in Columbus comprising of approximately 31,000-plus residents in a 5.4 square mile area. The actual boundary lines are a matter of opinion that varies. To the east is I-71, to the west the Olentangy River, and the south is considered either Arcadia Avenue or Glen Echo Ravine. The northern boundary wanders anywhere within a three mile stretch from Cooke Rd. up to the southern border of Worthington, which effectively eliminates an area known as Beechwold. Zip codes in the Clintonville area include 43202 and 43214.

Clintonville originated as the central area in Clinton Township, named after US Vice-President George Clinton. Originally part of Wyandotte Indian territory, land grants were given to Continental soldiers as a pension for their service. A post office opened September 13, 1847, which is now considered by many residents as the official birthday for the community.

The Clintonville Area Commission was created to advise and interact with the city of Columbus regarding zoning, variance, and demolition requests. North High Street runs north to south down the middle of the community, with six wooded glacial ravines tucked away from the main thoroughfare. Glen Echo ravine was designated as a public park in 1913.

Education is through the Columbus public school system and several parochial and private schools. Notable points of interests include the Whetstone Park of Roses that opened in 1952, and Olentangy Park (which once had the largest amusement park in the US). Columbus’ first zoo was built in Clintonville in 1905 and was open for only five months.

Dividing Clintonville into thirds, South Clintonville has homes mostly built before 1930 with revival architecture and many ‘kit’ homes, such as the well-known Sears  and Roebuck kit homes. North Clintonville has period homes from 1920s to late 1950s. Further north are higher-scale homes with Cape Cod and later 19th century influences. Overall, architectural styles include Lustron homes (all metal and coated in porcelain), four-squares, Dutch Colonials, and Larcombs.