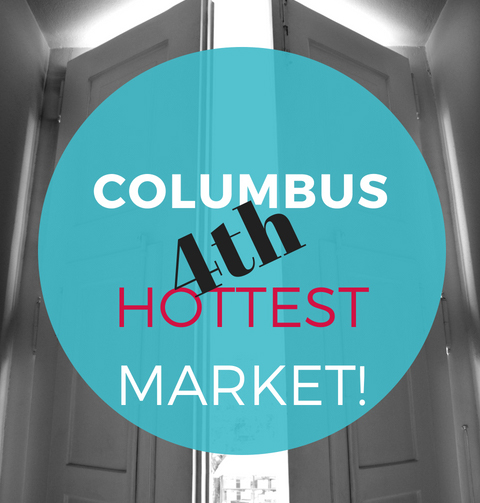 Based on this report local prices are rising so it is a great time to buy if you have patience with the inventory conditions…it ain’t getting any cheaper!  Sue

(May 24, 2018 – Columbus, OH) – Columbus ranked No. 4 last month on Realtor.com’s list of the nation’s hottest housing markets based on how many hits each home listing gets as well as how quickly homes are selling.

The national spotlight found the central Ohio area as showing activity increased 12 percent in April versus the previous month and homes spent just over a month (33 days) on the market during the month of April, according to the Columbus REALTORS® Multiple Listing Service.

“In this hectic market place, as professionals, it is our job to take care of all the details, construct a clear contract, and calm the emotional storm that is part of the buying and selling process,” said 2018 Columbus REALTORS® President Sara Walsh. “As REALTORS®, we are finding ourselves in nearly daily communication with our clients who are committed to finding a home or preparing to sell.”

With the addition of those new listings, there were 3,850 homes and condos for sale in central Ohio, down 11.2 percent from last year, but up 10.5 percent from the previous month as the housing market heads into the spring selling season.

“Inventory made a solid jump last month. I think that is a sign of positive things to come,” added Walsh. “Sellers realize there is a tremendous advantage in having their home on the market right now.”

“Home values continue to increase which is an incredibly positive sign of the strength of the central Ohio market,” Walsh said.

According to the latest Housing Market Confidence Index by the Ohio Association of REALTORS®, 100 percent of central Ohio REALTORS® describe the current housing market in their area as moderate to strong and 98 percent said they expect home prices to rise over the next year.