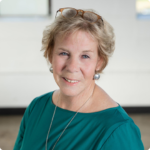 COLUMBUS, Ohio- The month of November saw 2,202 closed sales and a nearly equal number of new listings on the market, according to the latest monthly housing report provided by Columbus REALTORS®.

In comparison to last November’s record-breaking number of 3,018 homes sold in the month, there was a 27 percent drop, but the context behind the numbers is what is essential.

“In November of 2021, the market was sizzling thanks to limited inventory and record-breaking demand,” said Columbus REALTORS® President Sue Van Woerkom. “A lot can happen in a year, but the Columbus market remains one of the strongest in the country.”

Inventory in central Ohio currently sits at 3,469 homes for sale. Last month, the region had slightly more homes for sale at 3,772, and there were 2,011 new listings in November of 2022, with 1,074 of those new listings falling in Franklin County.

“We are noticing an uptick in inventory in the area, which is a good thing for the buyer,” said Van Woerkom. “We currently have 1.3 months of unsold inventory supply in Columbus, which historically is very low. Nationally, that number sits at 3.1 months per the latest numbers from the National Association of Realtors.”

Columbus, Ohio, was ranked 14th by Realtor.com® in its Top-100 Housing Forecast for 2023, based on several critical factors such as affordability at the median income level, combined sales, and price change year-over-year.

“We believe that central Ohio remains a healthy, resilient market, and the Realtor.com® forecast supports that,” said Van Woerkom. “We understand some of the areas around the United States have been impacted in different ways, but we encourage all buyers and sellers to study their market and reach out to a REALTOR®. They have the expertise to understand what is happening both nationally and neighborhood to neighborhood.”

Mortgage rates have been steadily increasing over the last few months in efforts to offset inflation. National Association of Realtors Senior Economist & Director of Forecasting Nadia Evangelou issued a statement addressing these facts in early November.