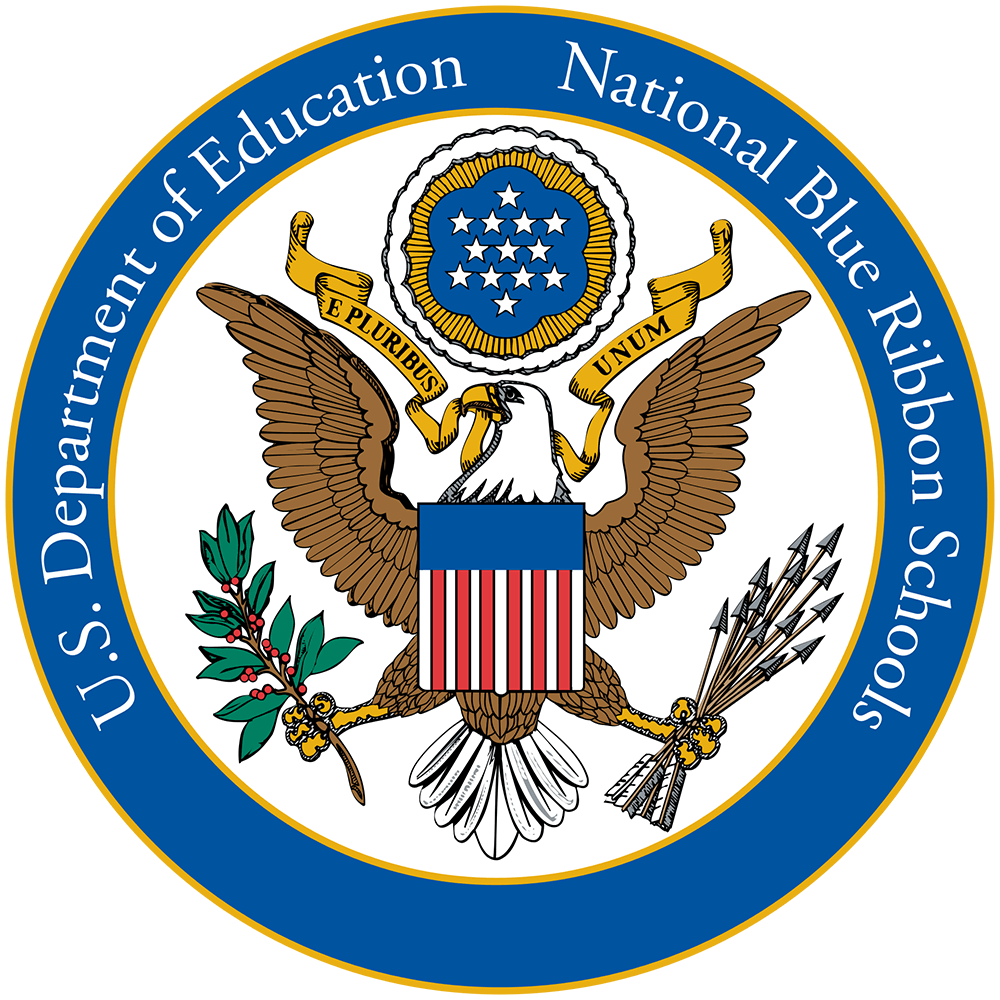 We’d like to recognize and congratulate three schools in our area who recently received The Blue Ribbon Award:

The Blue Ribbon Award is given to schools who excel in certain areas. The program was developed in 1982 to recognize and encourage academic excellence or progress in closing gaps among student subgroups. The award is given by the U.S. Department of Education. The coveted Blue Ribbon Award highlights the hard work of teachers, students and families who are willing to challenge themselves to accomplish more.

The National Blue Ribbon School Flag is given to those schools who win so that they can fly it proudly at the entrance to the building, letting everyone know that the teachers and students at the school are determined to master the learning process.

Both public and private schools are eligible to win the award. This important achievement is about more than just educational excellence. It also rewards and recognizes those schools that have closed the gap between student subgroups. For instance, in schools where students are from minorities or low-income homes, teachers work harder to help those students receive a quality education they can be proud of.

Formed in 1961, St Paul School has provided a strong educational foundation for multiple generations of families living in Westerville, OH. As a parish school they continue the tradition of an excellent Catholic education while incorporating contemporary pedagogy and modern technology. They strive to keep pace with current educational practices, but their core value of instilling the importance of a life of service is paramount. They challenge students to use God’s gifts to identify means by which they can become productive adults who recognize that service to others, especially the poor and needy, is a principal goal in life.

Tyler Run Elementary School (TRES) is successful due to the sense of community among students, staff, parents, and the community. Tyler Run facilitates maximum learning for all students through engaging in many activities to build leadership skills and celebrate diversity.

The heart of their leadership is the Tyler Run Tiger’s “Paw”sitive Promise. In their community, the focus is on Teamwork, Respect, Effort, Spread Kindness (T.R.E.S). Students and staff are reminded daily of the promise through a catchy chant with hand motions. These four behaviors are taught and expected as TRES builds a positive community. Students, staff, and the community gather together to celebrate the efforts of students in a quarterly town hall meeting by recognizing students who have consistently demonstrated these behaviors.

Buckeye Wood Elementary is the largest elementary school in the South-Western City School District (SWCSD). As such, they face a variety of unique challenges. One of their most pressing challenges has been making certain that each and every student’s unique social-emotional and academic needs are met. The SWCSD provides high quality curriculum resources and professional development. Buckeye Woods teachers use these resources and training, along with knowledge of their students’ strengths and needs, to make skillful instructional decisions. Formative assessments enable teachers to use data-driven decision making to the fullest advantage. Teachers customize and target instruction for all students and utilize an excellent support staff to provide interventions, as needed, to supplement and enrich classroom instruction.

We Support our Schools!

The Columbus Team supports efforts like this in our community because we know it makes our world a better place to live when children can get a great education. We understand that homeowners want to choose their school districts and we can direct them to the information they need.

If you aren’t sure which district is best for your family, you can review the “School Report Cards” produced by the State of Ohio. You can compare all school districts including Gahanna, Dublin, Worthington, Olentangy, and others to find the one that fits your needs.

The Columbus Team has compiled information on the parochial, private, alternative, and public schools in the Columbus area as well, and we would be happy to pass that on to you!

Information on Columbus colleges and universities is also available. We’re here to help home buyers and home sellers in any way we can. 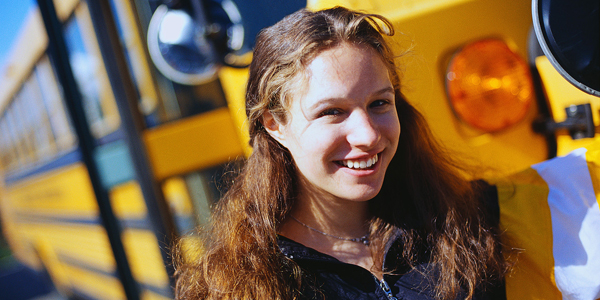 As a parent, one of the most important decisions you will have to make is deciding which school to enroll your children in where they will be on a path towards educational, social and emotional success. If you are in the Dublin or Olentangy area, rest assured you are in one of the top school districts in Ohio.

Data collected from two top district ranking systems Niche and U.S. News have earned both districts a gold medal based on performance on state-required tests, how well students are prepared for college, student and parent overall satisfaction with their districts and more.

U.S. News calculates each school within a district and individually ranks them within the state and nationally. The top 500 schools within the national ranking receive a Gold Medal ranking based on college readiness in 2017. College readiness is determined by individual analysis and scorecard style grading of the top five categories—AP Testing, AP Passing Scores, Mathematics Proficiency, English Proficiency and College Readiness Index. The 2017 rankings and reviews by Niche —a website that allows you to find the top schools and neighborhoods in your area—have been reported based on the data that was collected and analyzed through millions of student and parent reviews, category rankings, insights and profiles.

Within the Dublin City School District, Dublin Jerome High School has ranked the highest out of the three high schools that make up Dublin City. Ranked #17 within Ohio and #477 in National rankings, Jerome is one of the highest rated schools based on above average college readiness index scores, AP test scores, AP passing grades,and proficiency in both mathematics and english. Following Jerome High School is Dublin Coffman High School with a National ranking at #484 and a state ranking at #18. While Dublin Scioto High School scored well above average, almost perfect scores in both english and mathematics proficiencies, the school’s rating dropped it to #725 nationally and #29 in the state of Ohio, based on the college readiness index and AP placement, testing and passing scores.

Olentangy Local School District scored above most central ohio districts. Ranking #5 in the state of Ohio and #228 in National rankings is Olentangy High School in Lewis Center. School data that influenced the highest score within the two local districts are a 100-percent graduation rate, a 100-percent score in english proficiency and a 98-percent score in mathematics proficiency. Closely behind Olentangy High is Olentangy Liberty High School ranked #7 statewide and #253 nationally, Olentangy Liberty has the highest AP Passing score of all three Olentangy Local schools at 82-percent. Orange High School of Olentangy Local in Lewis received the #10 position throughout Ohio and #329 in national rankings. All six schools between Olentangy Local and Dublin City Schools received a Gold Medal based on their performance from U.S. News.

Within the state of Ohio, Dublin City School District has been ranked #2, and Olentangy Local School District follows closely ranked at #6. The ranking methodology by Niche  is based on rigorous analysis of academic and student life data from the U.S. Department of Education along with test scores, college data and ratings collected from Niche  users.

Rankings by U.S. News  included data on more than 21,000 public schools within all 50 states and the district of Columbia. Niche  ranked a total of 10,364 United States public school districts. Each system is based on the most recent data available and is carefully analyzed to support the best possible outcome for each school and school district. We hope this information will help you, as a parent or guardian, determine the best school for your children so that they may flourish from their education and look forward to a bright future.

For more information on Dublin, Olentangy or Worthington schools and neighborhoods please give us a call!

Yes, we know that moving during the school year isn’t ideal for you or the kids, but sometimes putting your move off until summer just isn’t possible. Moving is difficult even over the summer, but moving while school is in session comes with additional concerns. Luckily, The Columbus Team has experience helping families move at every time of the year. So how can we help you make the move between homes and schools as seamless as possible? Here are 10 tips for moving during the school year that can ease transitions, keep you organized, and make everyone in the family feel more confident and happy about your move!