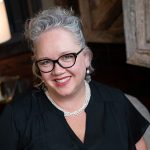 You may have lived the city life and built some transferable career skills but now’s the time to readjust the work/life balance.

Perhaps the kids are grown and you’re looking for some new adventures.

Most big cities and their surrounding suburbs have become cultural deserts. Sky high prices to match the height of the apartment blocks. Traffic jams that look more like parking lots. Not the sort of place you want to fill your lungs on your morning run.

It’s at moments like this that you dream of a perfect city with a low cost of living, open spaces, plenty of commercial growth, cultural fulfilment and a community spirit that feeds a bright and successful future.

In short you may be dreaming of moving to Columbus, Ohio.

Why are people Moving to Columbus?

Between 2010-2020, Metro-Columbus saw a 12.5% growth rate, much higher than the Mid-West Metropolitan Area average of 2.5%. See why people are flocking to Columbus Ohio:

Columbus Is Highly Ranked For Livability

Columbus is the state capital of Ohio and the 14th largest city in the U.S. The population of around 910,000 is growing at a rate of 0.85% annually so clearly a lot of people feel that this is a great place to live and work.

Columbus is noted for its high proportion of green spaces even in the downtown area giving the whole city a feeling of openness. This isn’t just confined to the street plan.

There are welcoming festivals and community events almost every weekend in the summer and fall. A diverse range of cultures, arts, sports and music are celebrated with pride. Everything from the 4th of July to Oktoberfest is covered. Ethnic festivals for Greek, Asian, Irish and Latino communities bear witness to Columbus’s depth of culture.

Central Ohio offers over 50 unique craft breweries, many renowned coffee roasters and a dynamic and industries farm to table movement for the foodie adventurers! Take the Columbus Ale Trail or the Columbus Coffee Trail to wet your whistle on some local favorites. Columbus Food Adventures abound with guided walking tours and even Taco Truck- Food Truck Tours.

This is a city that cares about providing the best living conditions in the country. A cost of living 11% lower than the national average has proved attractive to large companies that want the best people working for them. Startups are thriving in an environment where innovative technology is being harnessed to create a Smart City. A $40 million Department of Transportation grant is being used to fund 15 smart city projects. All this is creating a wonderful environment for commercial development. Columbus is home to some of the country’s top companies.

Columbus has community baked in

If you’re looking for the exhilaration of city life, close to work but with a wide variety of after work leisure facilities then downtown and nearby walkable neighborhoods like Short North, German Village and Old Towne East have everything. Restaurants with international flavors, bars, theatres, a movie multiplex and vibrant music scene. Places to meet and relax for every taste.

A little further out but still within 15 minutes of downtown, the inner ring suburbs including Upper Arlington, Grandview Heights and Bexley offer great schools and established homes with tree-lined streets.

If country living appeals, then there are rural neighborhoods like Fairfield, Delaware and Hocking. The spectacular wilderness landscapes that surround the city are within easy reach.

A Commute Time That’s Well Below The National Average

Central Ohio Transit Authority, COTA, offers city bus routes to connect the greater Columbus area with a no-hassle commuter experience. Local and express trips run daily and users can obtain daily and monthly passes. Columbus also offers the CoGo Bike Share in addition to a couple of Scooter options with Bird and Lime Scooter rentals.  Car users can take advantage of the reasonably low traffic congestion to get around without extreme commute times. The region is crossed by eight major interstate highways, so Columbus is within a one-day drive or one hour flight of over half the population of the U.S and Canada.

Columbus boasts 20 theater companies, 102 art galleries and 16 museums. The national top ranked zoo is a firm favorite with children of all ages and the science museum is ready to inspire the next generation of creative thinkers.  There’s more park space per capita than any other city in the U.S.

Education And Healthcare Are A Big Deal In Columbus

Columbus has a top-rated K-12 school system and over 50 college and university campuses. There’s a huge array of higher education opportunities offered by The Ohio State University and Columbus State Community College. There’s also Capital University and the Columbus College of Art and Design.

If you’re raising a family or planning a well-earned retirement, it’s reassuring to know that Columbus is home to some of the finest healthcare providers in the nation. Nationwide Children’s Hospital, the Ohio Health system and OSU Medical Center will take good care of you.

Columbus Has A Neighborhood And Home For Everybody

With a housing cost 23% below the national average there’s something to suit every pocket. Whether you’re moving to Columbus to enhance your career choices, settling down to raise a family or looking for the perfect place to retire you’ll find your ideal home here.

With open spaces, walkable neighborhoods, and a wide variety of properties to buy or rent you can build your future and keep your family close.

What to Consider If You Are Moving to Columbus

The challenge will be deciding what neighborhood to choose.

That’s where The Columbus Team is happy to help.

We Make Moving to Columbus Easy

See our listings in for the greater Columbus Area!