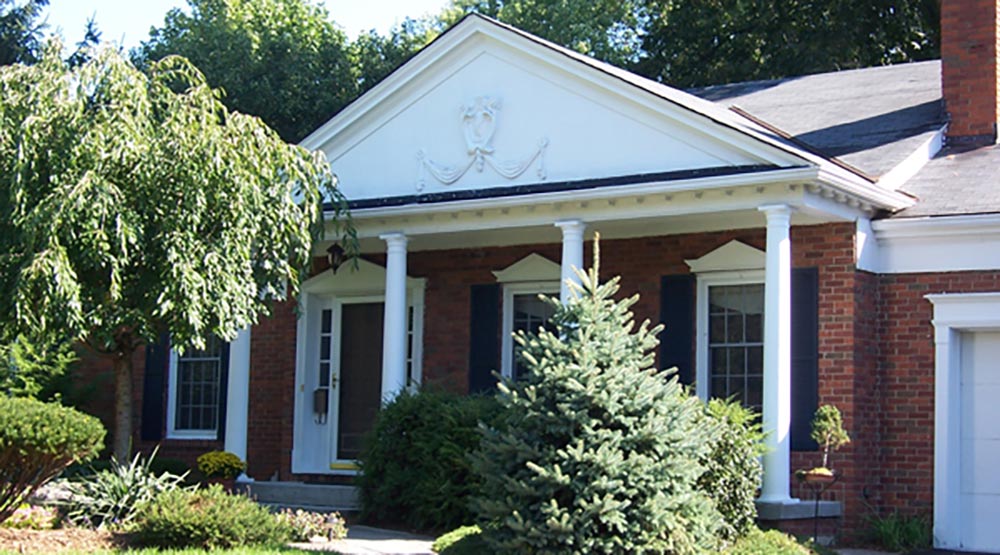 Upper Arlington was a planned community founded in 1913 by brothers Ben and King Thompson on land from the James Miller farm. This farmland was conveniently close to the thriving city of Columbus, and the gently rolling hills and beautiful trees were perfect for a residential community. Inspired by the Country Club development of Kansas City, the brothers began to build their Garden City inspired community following the plan of famed landscape architect William Pitkin, Jr. This plan was responsible for the curving tree-lined streets and many small park spaces that now attract so many to Upper Arlington. Despite a pause in development in 1916 due to the National Guard using the area as a troop training camp called Camp Willis, Upper Arlington became incorporated as a village in June of 1918 with a population of 20, with James Miller as the first mayor.

The construction of the Mallway business district in the 1920’s attracted more residents, as did the addition of two streetcar lines into the city of Columbus, and with that growth Upper Arlington became a city in February, 1941. The post-war housing boom began newer developments north of Lane Avenue. This River Ridge area was built along a more traditional grid pattern, with larger ranch homes that added variety to the Old Arlington area, while still retaining the spirit of a Garden City with tree-lined streets and generous lots. Despite booming growth, the city continued to value and preserve the older portion of the city, Old Arlington, and it became listed as the Upper Arlington Historic District on the National Register of Historic Places in 1985.

Today Upper Arlington is a dynamic, thriving, distinctive city, and maintains its own police and fire departments, libraries, schools, and parks. True to the city’s roots as a Garden City, it has 33 public parks, covering 170 acres. Larger parks include athletic facilities, while the smaller parks have historical monuments or are maintained as nature preserves.

The Upper Arlington City School District has a reputation for excellence, and offers an International Baccalaureate Program, and has received many awards including those for a student newspaper, orchestra, state championships for the Golden Bears sports teams (named for Jack Nicklaus, a UA alumnus) and it was the only school district in the nation to receive three White House honors as Service Learning Leaders. UA also boasts two Catholic primary schools, St. Agatha and St. Andrew, as well as the private Wellington School.

A beautiful city, Upper Arlington is one of the most desirable places to live in Central Ohio. With a strong identity and spirit of community, Upper Arlington plays and celebrates together with numerous local events. From an Independence Day parade and fireworks, Halloween Festival, Tree Lighting Ceremony and Winter Festival, to the Spring Fling, Fall Fest, Summer Movies in the Park, and Arts Festival, there is so much to do and see in Upper Arlington all year round.