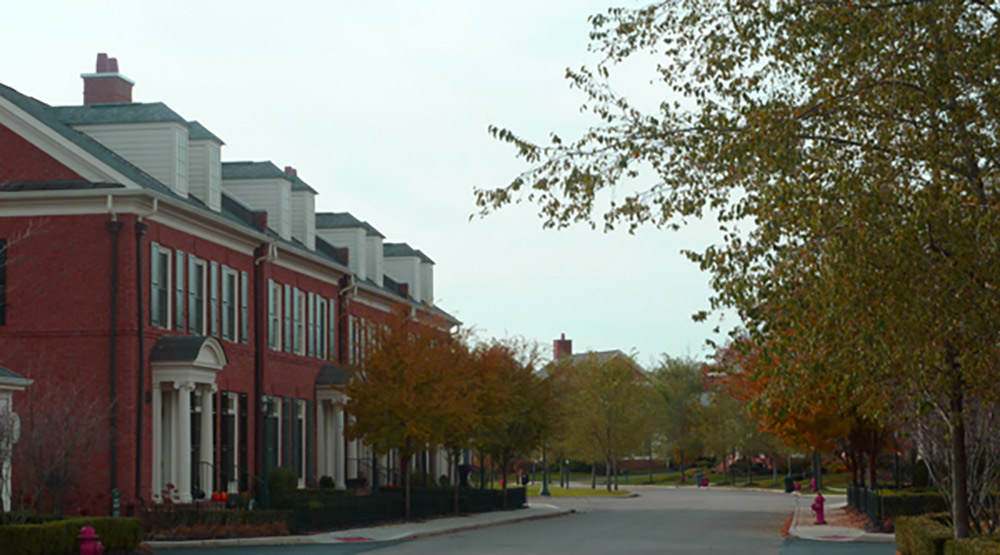 Founded in 1837 as Plain Township by Nobel Landon and William Yantis, New Albany has also been known as Hope, and New Albany Mill. In 1856, the village of New Albany was incorporated with a population of 50. The little village didn’t make waves again until it elected it’s first female mayor in 1922, a Mrs. Edward Babbitt. From a 1980 census showing about 400 residents, a growth spurt began in the early 1990’s, tied to the industry around the Limited Brands. The village claimed over 3700 residents as of the 2000 census. Located in the northeast corner of Franklin County and stretching into Licking County, New Albany retains a sense of it’s rural roots, while growing and maturing into a very desirable suburban community.

Today, New Albany is a community that is closely and carefully planned, with an emphasis on health, arts, and quality schools. With over 600 acres of public parks and green space, over 900 of private green space, and walking trails connecting neighborhoods with Market Square, it has a lush, green appearance and is very walkable. The McCoy Community Center for the Arts offers lectures, music, and theater, and the Wexner Pavilion holds community gatherings of all sorts. Golf courses, an aquatic center, and country club round out the cultural and recreational offerings in New Albany.

The schools, library, and health center are located on a central campus, and the institutions cooperate closely with one another and have deep ties to the community. New Albany-Plain Local Schools have all received a rating of Excellent or higher from the ODE, and are designated as “Blue Ribbon” schools by the USDE.

A carefully planned community, with walkability and cohesive Georgian architecture in mind, New Albany is likely to continue to develop and grow while maintaining it’s current look and feel.