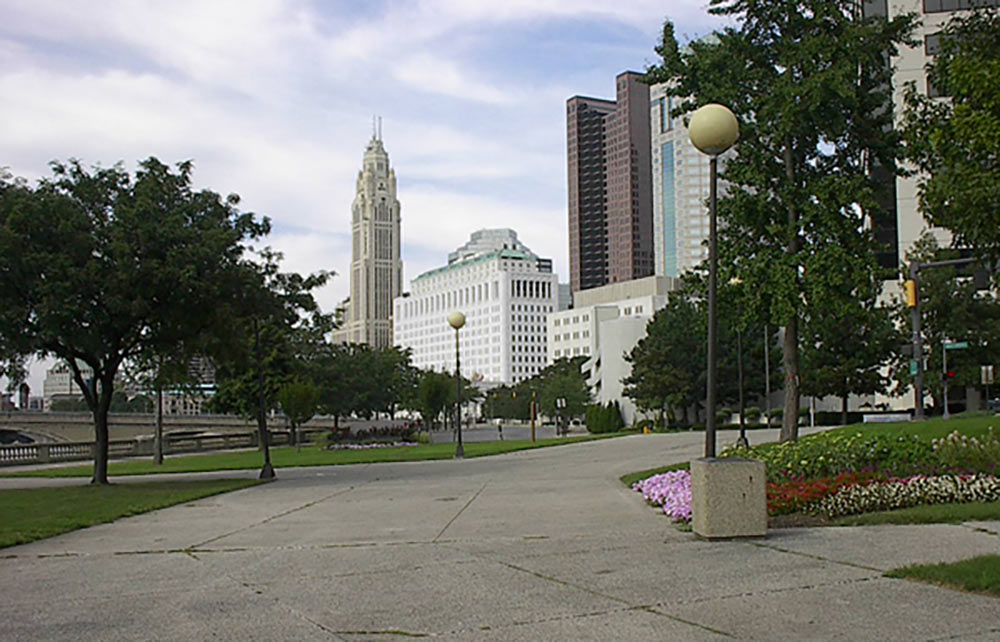 Columbus was founded in 1812, and is located in the center of Ohio. It is the 33rd largest city in the nation (ranked by population in the 2000 US Census), and is the most populous city in Ohio. Franklin County’s population increased 11.2% between 1990 and 2000. Greater Columbus reaches into Delaware County through Dublin, Powell & Westerville, Delaware County saw an increase in population of 64.3% in the same time period. Many outlying towns and cities surrounding Columbus are experiencing booming growth.

Columbus has been the state capitol since 1816. Central Ohio is convenient to the entire U.S. market because about 80% of the U.S. and Canadian GDP are within 1,000 miles of Columbus. Location, coupled with an outstanding number of progressive businesses and a quality workforce, make Columbus and Central Ohio a top choice of many major corporations. Companies are able to take advantage of the Free Trade Zone at Rickenbacker International Airport in order to level the playing field with foreign competition, by lowering costs and boosting profits. Columbus is also home to the Ohio State University, central Ohio’s second-largest employer, with nationally recognized education and research facilities.

Downtown Columbus is the focus of a revitalization effort adding urban residential space, attracting new retail and entertainment venues, and updating the heart of the city. The Short North and Arena District are great examples of urban renewal. The Short North is north of downtown, centered on High Street. Filled with an eclectic mix of old and new buildings, lofts, galleries, restaurants, and boutiques, the Short North is not only a fascinating place to live, but a lively focus of art and music for Central Ohioans. The Arena District centers around Nationwide Arena, home of the NHL Columbus Blue Jackets. Filled with restaurants, coffee houses and clubs, the Arena District sparkles at night, and is walking distance to downtown! Balancing all the commerce and nightlife, new residential spaces and parkland have made the district, and Columbus, very livable.

All these improvements and updates to our downtown contrast nicely with our beautiful historic urban neighborhoods, like German and Victorian Villages. German Village is an area just South of downtown, first settled by German immigrants in the 1840’s and 50’s. Most of the 2000 or so sturdy red brick row houses, cottages, and Queen Anne style homes were saved and restored in the 1960’s and 70’s. Many of them are on the National Register of Historic Places. The original character of this quiet neighborhood is intact, with tree-lined brick streets, wrought iron fences, and limestone stoops and gateposts. Victorian Village is located between downtown and the Ohio State University, and is filled with Victorian style homes. Within walking distance of OSU, the Short North, the North Market, and the Arena District, Victorian Village is one of Columbus’ most popular neighborhoods, and nearly 80% of the homes have been renovated.