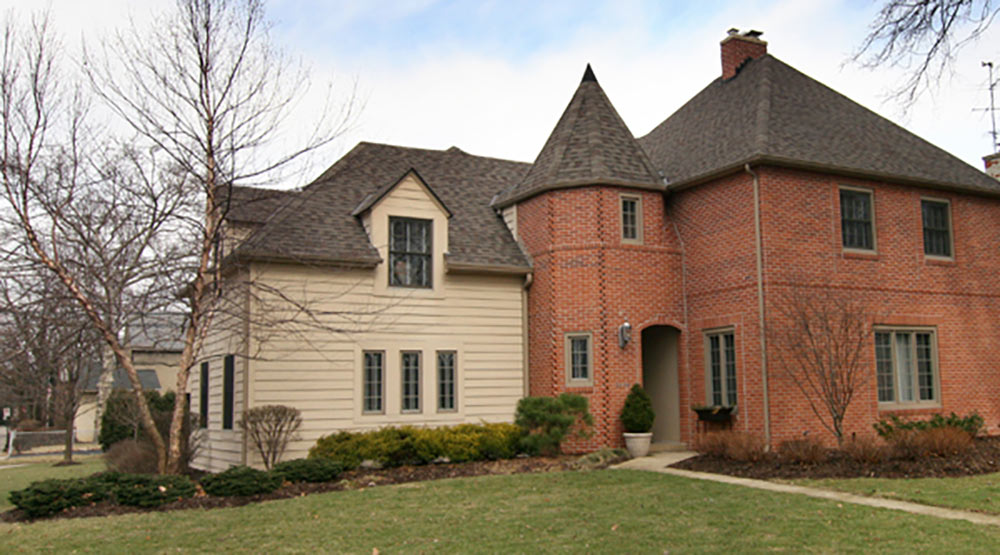 The area began to grow and become a small but thriving community in 1876 when Capital University moved from Goodale Park to the Bexley area and the faculty and their families began to build homes near the Pleasant Ridge School.

During the Spanish-American War, the area was chosen by Governor Bushnell as an assembly site for 8,000 Ohio volunteers headed for Cuba. The extended sewer and water lines for the soldiers at “Camp Bushnell” made the area attractive for real estate development. Add the increased ease of travel by trolley and auto, and you can see why the village of Bexley began to attract attention.

In 1905, a small group of prominent Columbus citizens, including Robert H. Jeffrey, a former Columbus mayor, E.N. Huggins, and Colonel Lincoln Kilbourne, began a movement to develop this area as an upscale residential community, building stately mansions. They formed the Pleasant Ridge Improvement Association to promote public improvements to attract new families to buy land and build. Adding sidewalks, roads and lights; they encouraged tree planting and beautification. These early residents and their civic association are credited with beginning a proud Bexley tradition of maintaining their community as an lovely city of tree-lined streets, beautiful homes, and a thriving, and attractive business district.

In 1908, the Association incorporated the community as a village, including everything between Livingston and Town Streets, and at the suggestion of Col. Kilbourne, the name “Bexley” was chosen for the new village, after the parish of the Kilbourne Estate in England. Upon which, Columbus sued the village, contending that Bexley was annexed territory and subject to Columbus taxes. But the suit was settled by the Ohio Supreme Court which ruled that Bexley was a separate and legally incorporated village and beyond the reach of Columbus taxes.

Although considered progressive and thriving, in 1915 council meetings were being held in the basement of a school, the village’s only telephone was located in a barber shop across from the university; the town marshal was given a bicycle to replace his horse; and a vacant lot had been acquired for the construction of a municipal building. The total assets of the village were the lot, the bike, one road scraper, and a wheelbarrow.

By 1921, Bexley’s population had grown, and five streets had been paved. Mayor Stephen Ludwig undertook to control future expansion by appointing the first zoning commission and revising the building code. Underground electric lighting was installed in 1923, and the first municipal building was constructed two years later. During the decade of the 1920’s, Bexley’s population more than tripled, reaching the 5,000 residents necessary to become a city in 1932.

Since then, Bexley has matured into an established, thriving community of just over 13,000. Committed to balancing old-world charm with vital progress, Bexley has 2.5 square miles of tree-lined streets, extensive neighborhood parks and playgrounds, high quality city services, and a thriving Main Street business district blending commerce and charm with flair. It’s easy to see why Bexley citizens display a remarkable level of community involvement and pride. Welcome to Bexley!