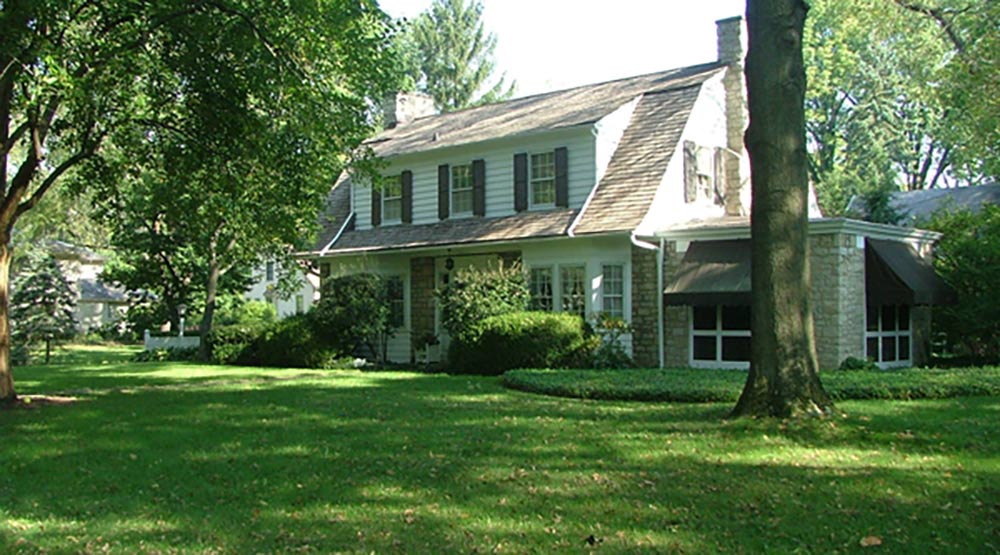 The community of Beechwold got its name from the Beechwold Post office, built in the early 1940’s to ease the growing burden on the Clintonville Post Office to its south. The existing homes and farms were supplemented by the development of the former “Columbus Zoo Amusement Park” which became the “Old” Beechwold neighborhood, and several other residential developments were built with “Beechwold” in the name, and street names. Residents around the two post offices began to designate their homes as being a part of one or the other community, creating a strong affinity for Clintonville and Beechwold, which although never formalized, remains strong even into the current century. By the 1950’s the accepted boundaries were further blurred by the annexation of both areas by Columbus. Further development of the commercial districts expanded them past the old boundaries, mixing commercial properties into formerly residential neighborhoods, effectively combining the two areas from a planning or business perspective, but residents still identify strongly with Beechwold, and are proud to continue the neighborhood’s name.

Generally, the area bounded by Morse Road and the City of Worthington, and the Olentangy River and just east of High Street is considered Beechwold. The boundaries are still the subject of lively debate amongst residents of Clintonville and Beechwold, with both claiming vast amounts of the middle ground… some Clintonvillians contend that Beechwold is just the northern part of Clintonville, and some Beechwoldians claiming all areas north of North Broadway. The friendly debate can be heard in the many restaurants, coffee shops, and small businesses in both communities. Many of those businesses are family owned by residents of Beechwold.

Beechwold boasts a number of small neighborhood parks, and shares the amazing Whetstone Park of Roses with Clintonville. Whetstone includes a recreation facility, library, sports fields, a bandstand, an amazing Rose garden, Pond, and hiking and biking trails, including some nice views of the Olentangy River.

Commuting to and from Beechwold

Beechwold also boasts easy access to I-71 and S.R. 315, which leaves it only minutes from downtown Columbus, and from major shopping areas like Polaris and Tuttle Malls. This gives Beechwold a lovely close-knit neighborhood feel, without sacrificing any of the benefits of living in a Capitol city.

Beechwold homes range from charming to stately, filled with old-world details like custom woodwork, high ceilings, and hardwood floors. The neighborhood is filled with mature trees, pretty parks, and friendly neighbors. All the small-town amenities of shops, restaurants, and coffee shops are just a short walk or car ride away. The big city is also easily accessible.

Take a drive around Beechwold, and see for yourself why residents are proud and happy to live there!