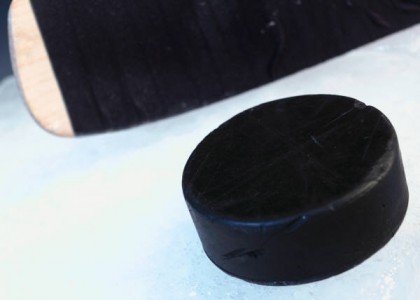 Columbus is crazy about Blue Jackets hockey. Did you know we’ve had a professional IHL or NHL hockey team here almost every year since 1966? From the Checkers to the Golden Seals, the Owls to the Chill, hockey has been in our hearts here in the heart of Ohio. Knowing that, on November 1, 1996, Columbus Hockey Limited was formed by five investors determined to attract a new NHL expansion team to Columbus, Ohio. In May of 1997, Nationwide Insurance committed to plans for Nationwide Arena in downtown Columbus, and in June, our new franchise was announced along with franchises in Nashville, Atlanta, and St. Paul.

Named the Blue Jackets, after Central Ohio’s pride in our rich Civil War history, the young team announced both the ground-breaking for the Arena and the acquisition of Stanley Cup finalist coach Doug MacLean as General Manager and President, in late 1997. Syracuse Crunch was named our very own minor league affiliate in 1998, and by 2000, the organization was League-ready and signed our first player, Niagara University goalie Greg Gardner.

Players and managers have arrived, grown, and created the team we now know and love. We ended the 2013-14 season with a seat in the playoffs for the second time in the history of the franchise. With a roster heavy on young, talented players, and Jarmo Kekalainen heading into his second season as general manager, the Jackets are out to prove that last year’s playoffs were the start of an exciting trend! Now playing in the Metropolitan Division of the NHL’s Eastern Conference up against teams such as South Carolina, New Jersey, New York (Islanders and Rangers), Philadelphia, Pittsburgh, and Washington DC, the Columbus Blue Jackets are ready to score.

And now it’s time. Time to buy a single ticket or a season ticket and watch the REAL show on ice. Check your schedule, then check the Jacket’s schedule below to choose your home game, or plan your season. Come watch our home team…the best and most exciting on ice…the Columbus Blue Jackets for their best season EVER! Go Jackets!