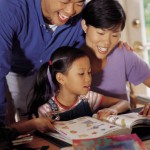 Yes, that’s right. Superman saved a family home from foreclosure. A family packing to leave their home due to foreclosure found a box in the attic that contained what looked to be a true comic book collector’s dream: Action Comics #1, the “holy grail” for collectors because it is the comic book that first introduced the Superman character. The home had been in the wife’s family since the 1950’s, and her father had placed the comic there in the attic years ago.

The family contacted Stephen Fischler of Comic Connect and Metropolis Collectibles in New York. Mr. Fischler’s success in auctioning off previous copies of Action Comics #1 for 1 and 1.5 million dollars respectively. Mr. Fischler was concerned that the family had found a valueless reprint copy, but upon viewing the photo they sent him, realized it was the real item.

Mr. Fischler has valued the comic at $250,000, enough to save the family home from foreclosure. Superman saves the day!