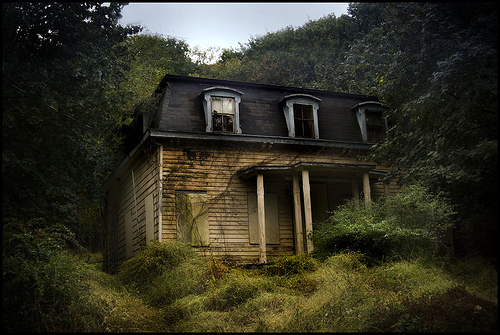 Real Estate Fact: In New York state, it is a requirement that sellers disclose if a home is thought to be haunted.

Expanded Fact: This requirement stems from legal action in Stambovsky v. Ackley, according to Wikipedia. In the suit, the seller had told a national magazine and had made money from tours and other actions involving claims that her Nyack house was haunted. The buyer, from New York City, was unaware of the haunting claims until after giving the seller a down payment. He sued to get out of the sale. Since haunting wasn’t detectable by normal home inspection, the court decided the seller had the obligation to disclose the information. The buyer won the suit, changing disclosure rules for haunted homes in New York state. The haunting was disclosed to the next buyer.

Fun Fact: Paranormal investigators later claimed that the ghost in the Nyack home in the story above told them he had stopped haunting the house because it wasn’t as much fun after the seller had moved!