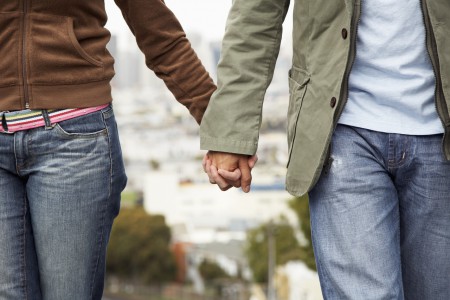 Have you Done the German Village Art Walk? Even if you are a frequent visitor or a native, this self-guided audio tour will give you the background, fascinating stories, and show you the public art gems you may have missed! The German Village Art Walk celebrates this beautiful community, the first historically designated neighborhood in Columbus, located just south of Downtown. Filled with German-American culture, names, and even foods, German Village is a favorite destination for natives and tourists alike. The Art Walk strongly features the local architecture, including German Village’s many limestone post-and-lintel construction buildings, Dutch doubles, and brick cottages. All of these styles are typical of, and common to the area. Italianate details are also frequently noted, as are slate roofs, and the City Park Avenue stone stoops and snowbirds are explained to the Art Walk tourist.

Many of the beautiful and eye-catching local landmarks are featured on the tour, with fascinating background stories. Schwartz Castle is a featured landmark, along with it’s legendary and quirky original owner. Barefoot jogging anyone? The Lang Stone Company warehouse on Jackson Street was once a stone yard credited with creating many of the stone lintels, stoops, steps, and foundations you see in German Village today. The warehouse is now a celebrated private home. The Brothers’ house was built by feuding brothers, who couldn’t even agree on their home’s style. This Dutch Double home still clearly shows their differences! The Wittenmeier Home was an Italianate home with a unique plumbing system and an indoor playground when it was built. The Kremer House includes stones from all over the world.

Saint Mary’s, built in the Gothic style by southside German Catholics, has many historic details that were added after the original construction. Hers is the third oldest parish in Franklin County. St. Mary’s bells still mark the hours and her chimes ring out at noon. The Lang House, German Village Society Meeting Haus, Oktoberfest Cottage, The Golden Hobby Shop, Stewart Elementary, Columbus Maennerchor Club, and the Roomer Houses are also featured buildings.

Some of the local shops are noted; Gallery space in Caterina Ltd. featuring local artists, Franklin Art Glass Studios, the original Max and Erma’s, Von Gerichten Art Glass Studio, Schmidt’s Restaurant, and Old Mohawk restaurant. The Book Loft, with 32 rooms, is one of the most famous book stores in Ohio, is also featured.

German Village’s parks are not left out. Frank Fetch Park is a tiny pocket park named in honor of Frank Fetch, the founder of The German Village Society. This little horticultural gem is now maintained by a local group, and is one of the most visited parks in Franklin County! Schiller Park, it’s sculptures, and history is explained, as is the mysterious theft of a statue that has never been solved. The WPA-built caretaker’s cottage, Schiller’s Mountain, and beautiful Huntington Garden are also featured.

Columbus Art Walks are a wonderful way to get to know your city, get fit, stay healthy, and experience our beautiful public art. Download the audio tour, print out the map, and go explore your city! 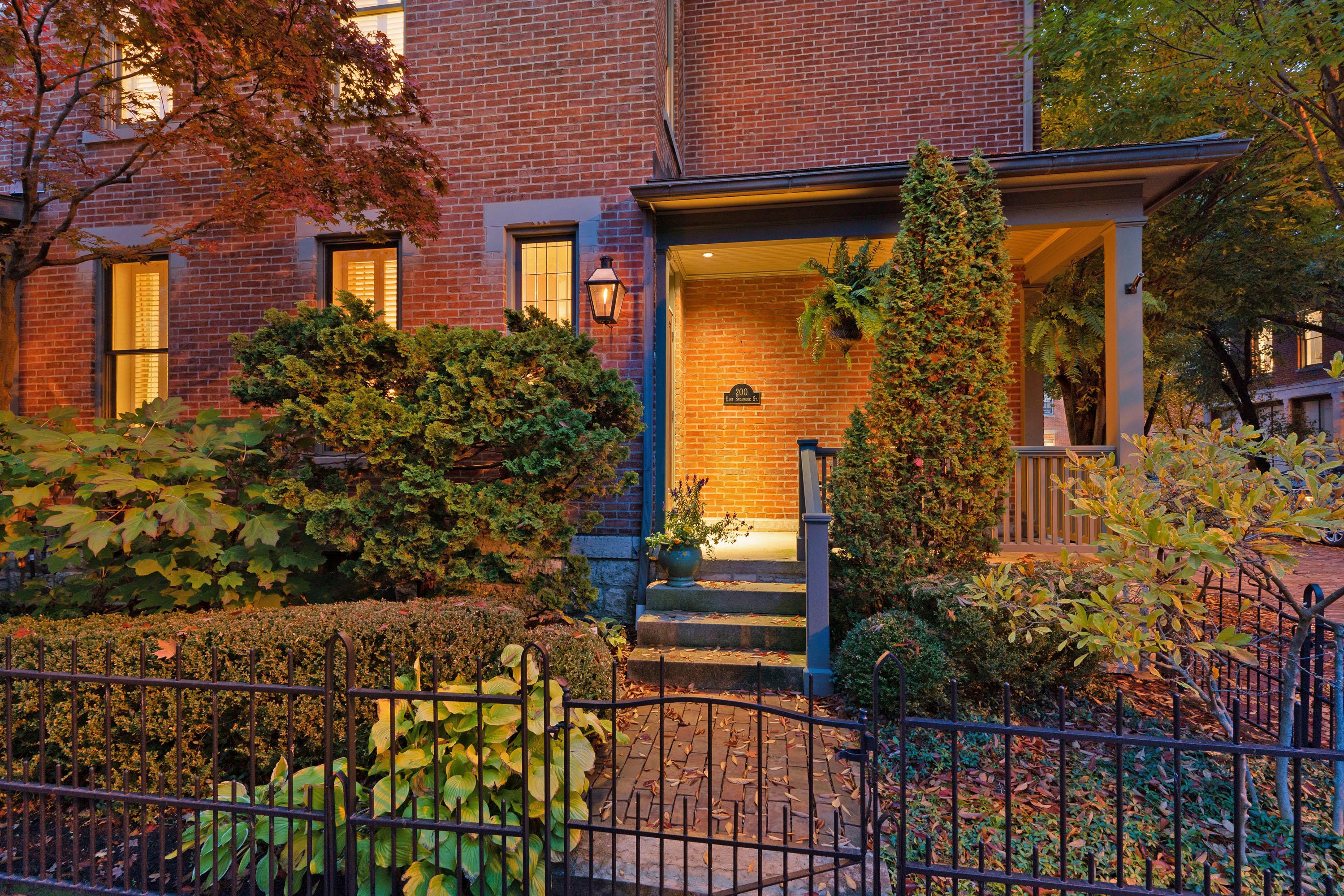 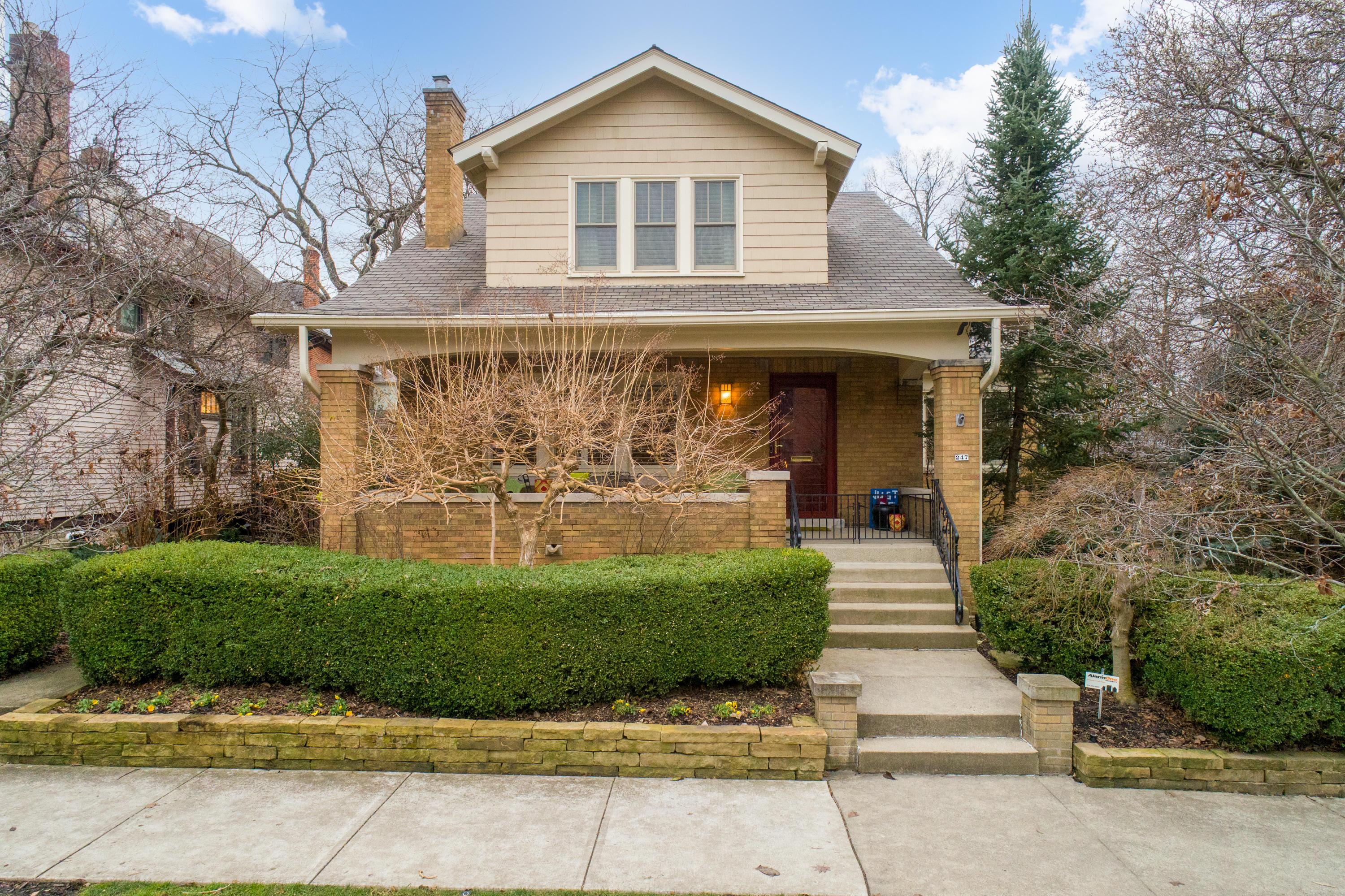 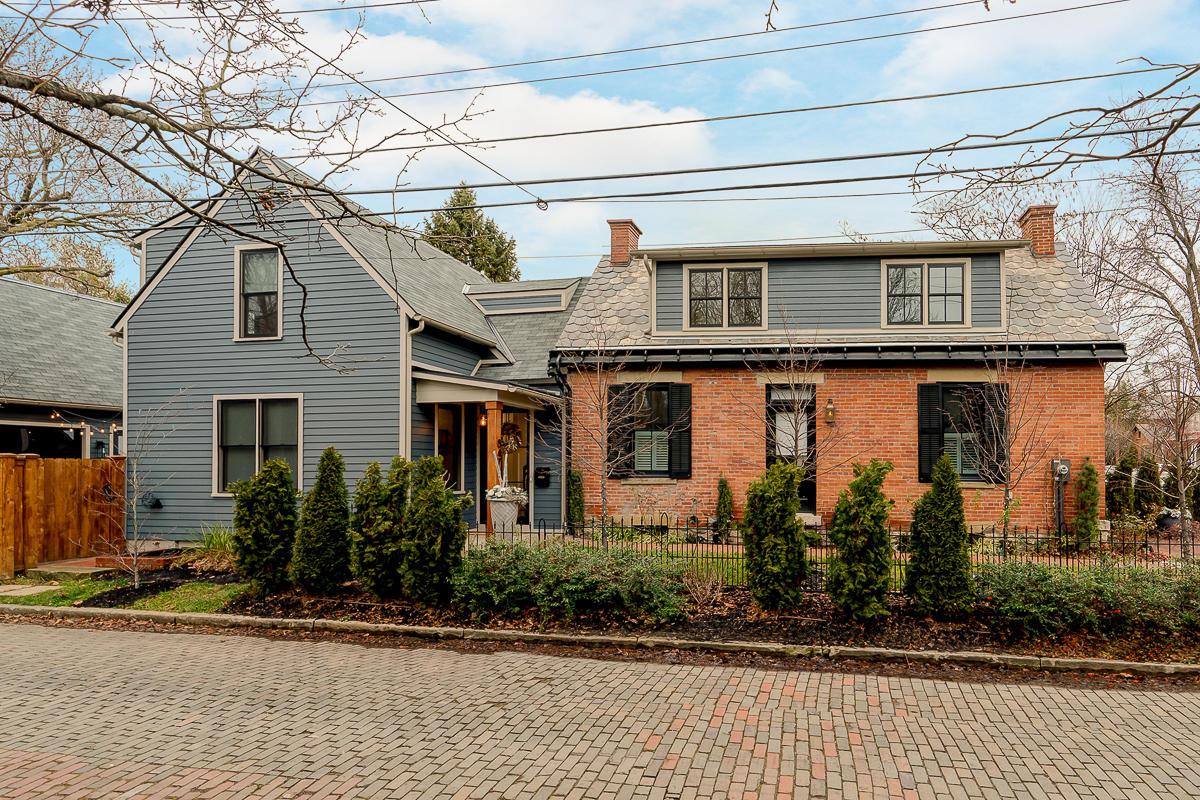 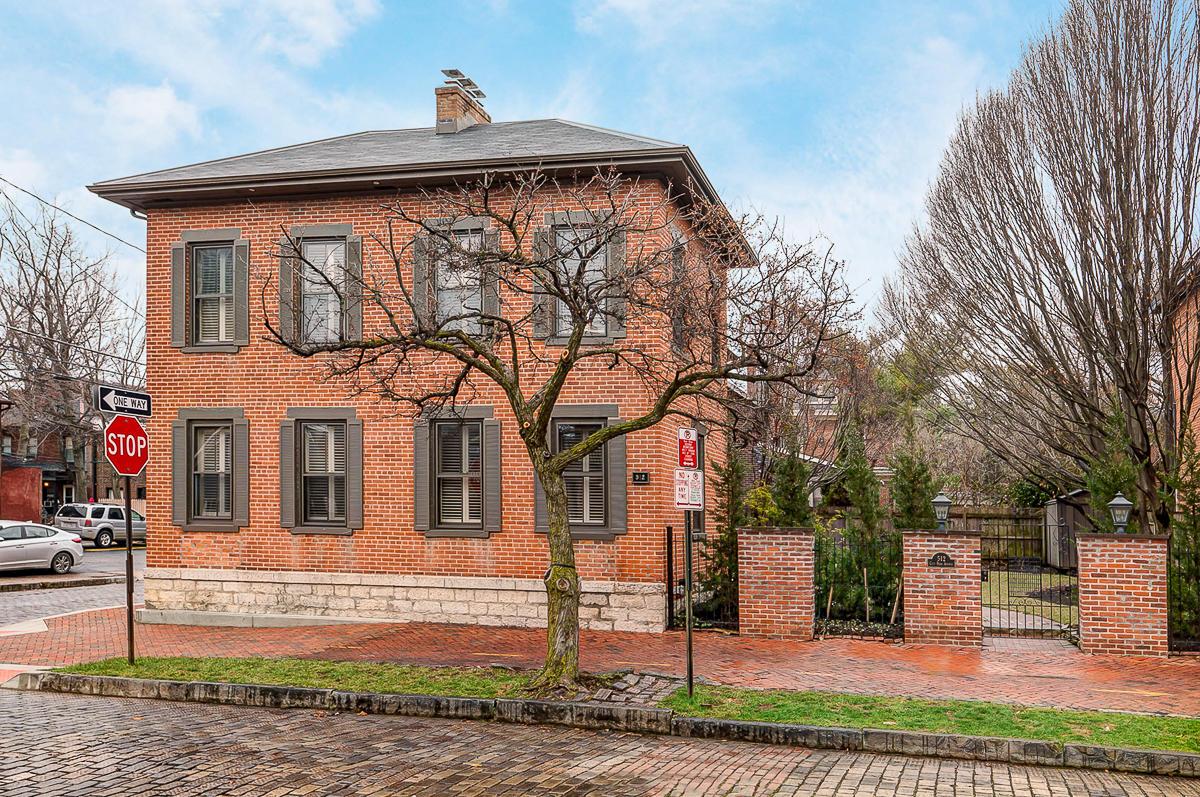 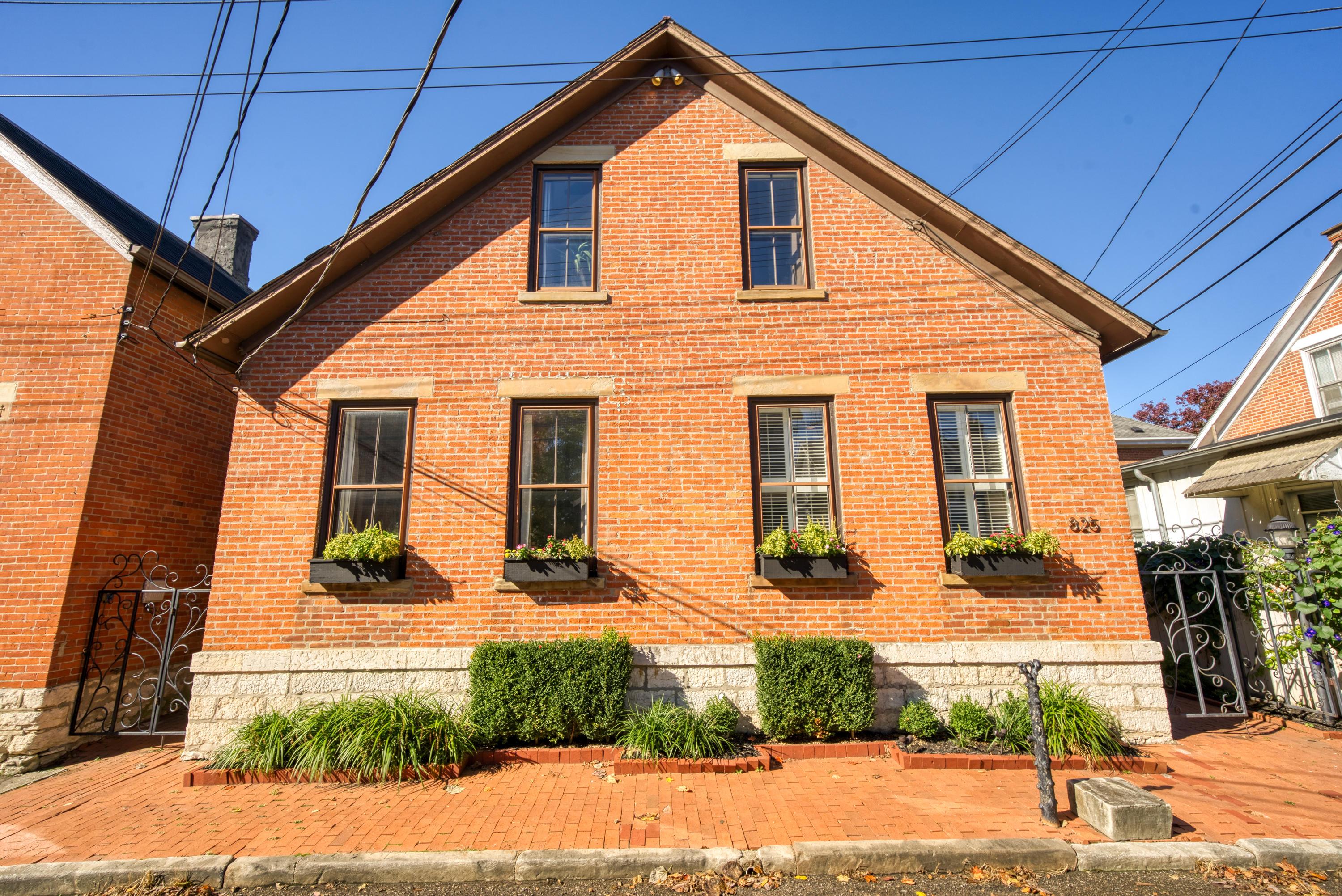 Courtesy of Edward A Searle HER, Realtors 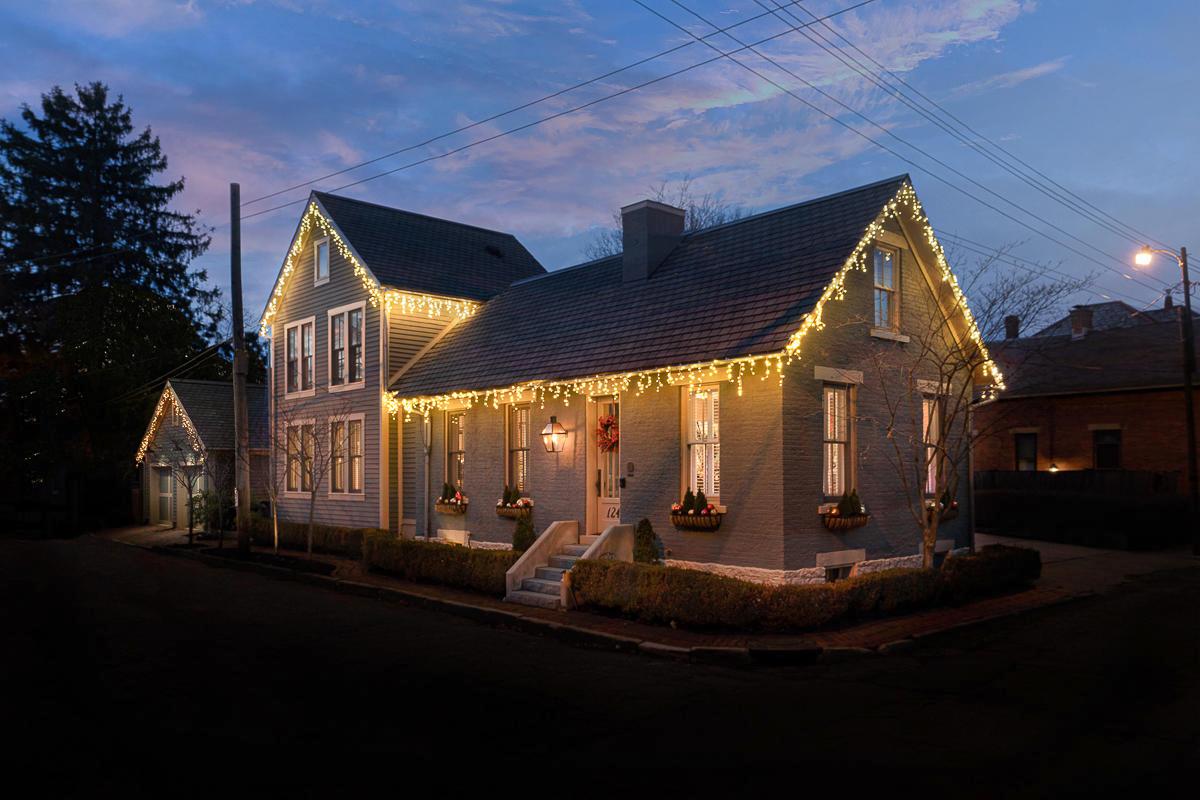 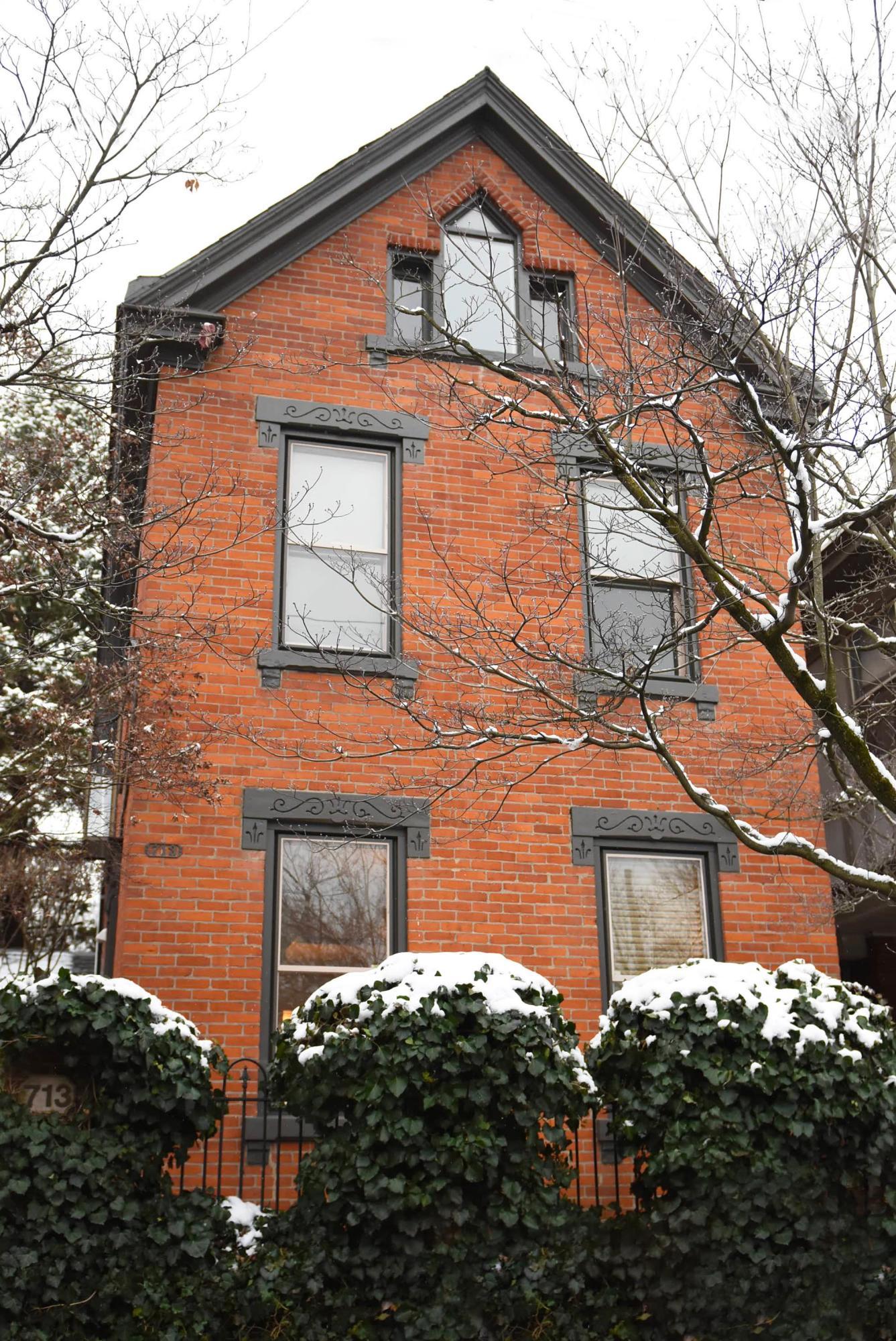 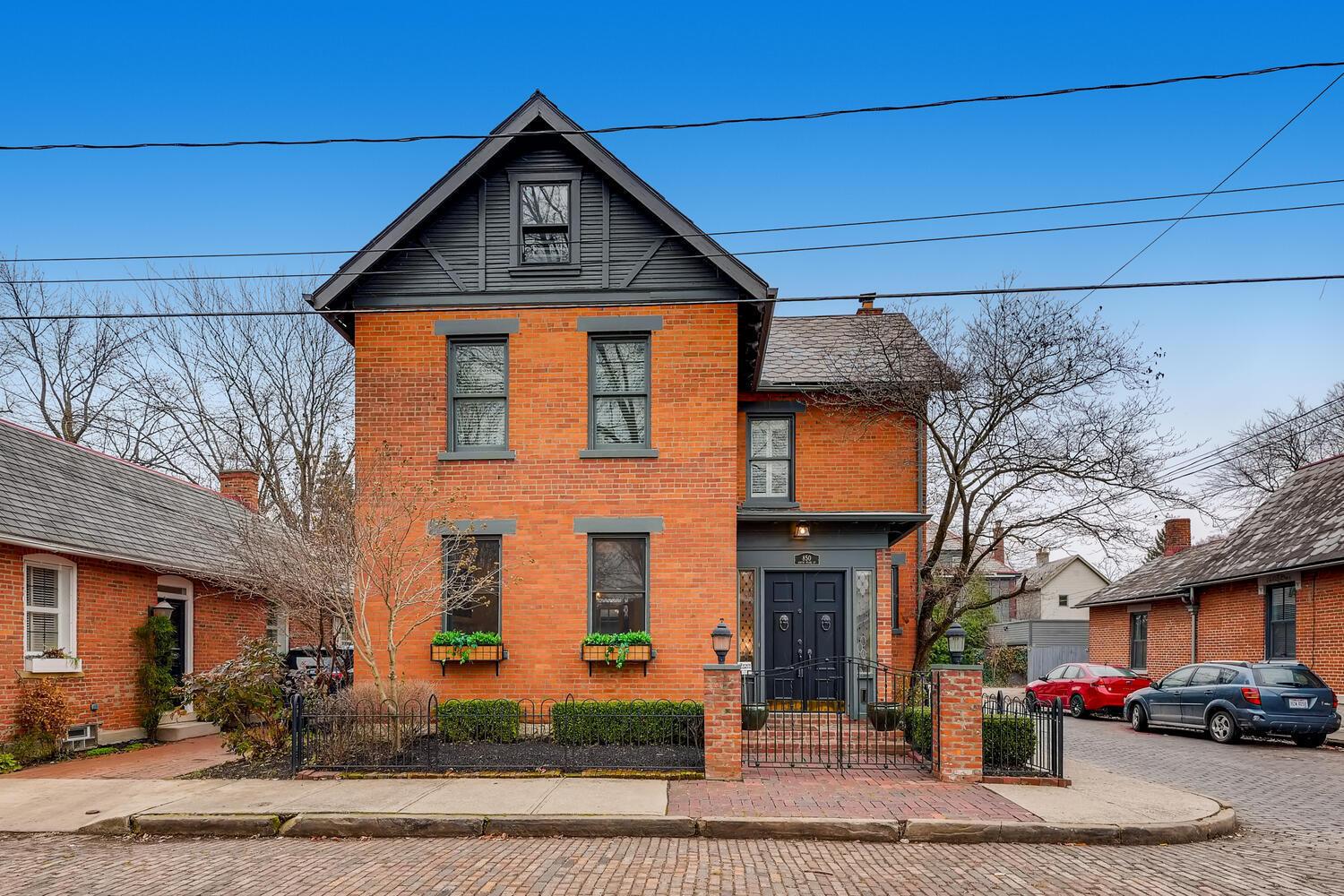 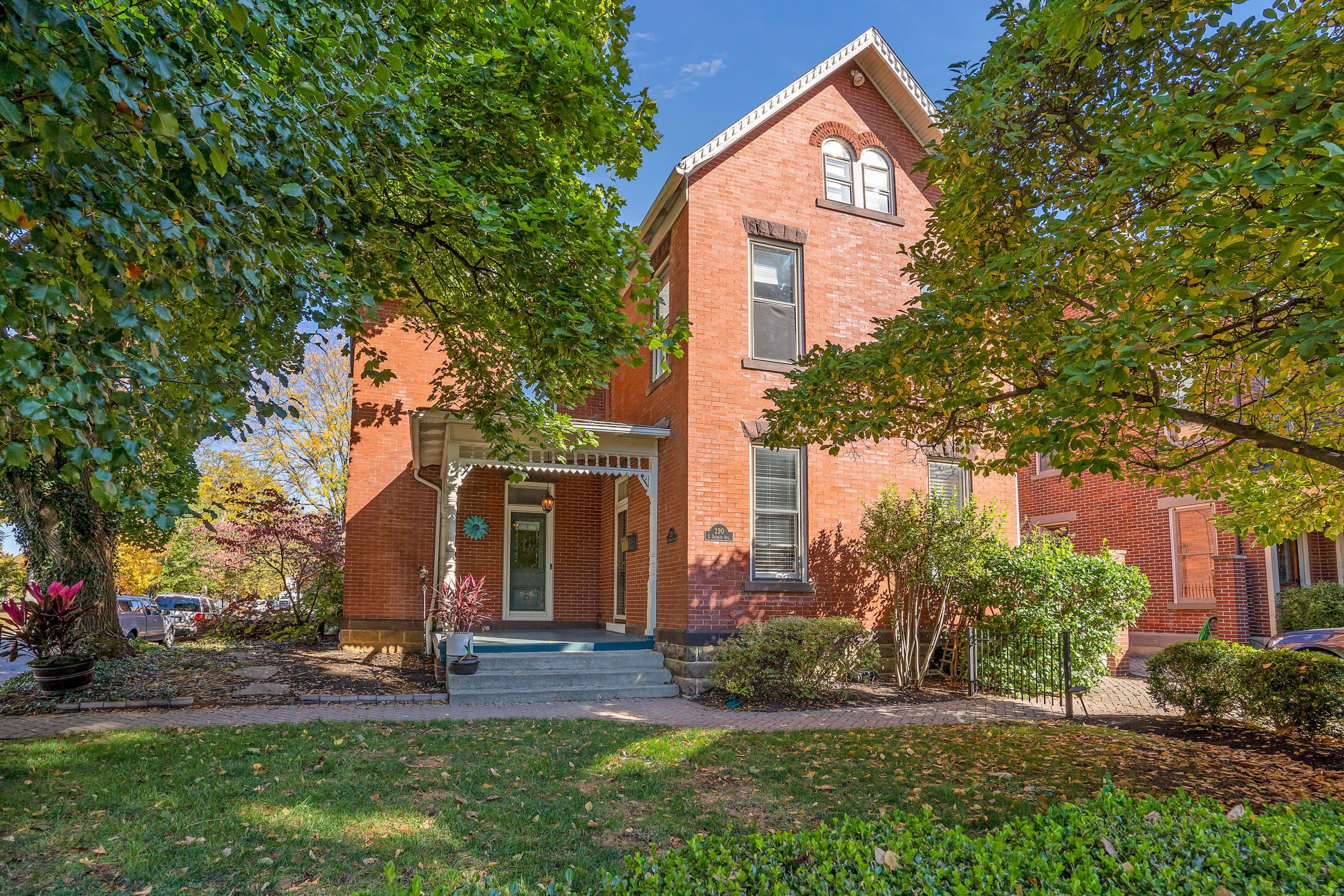 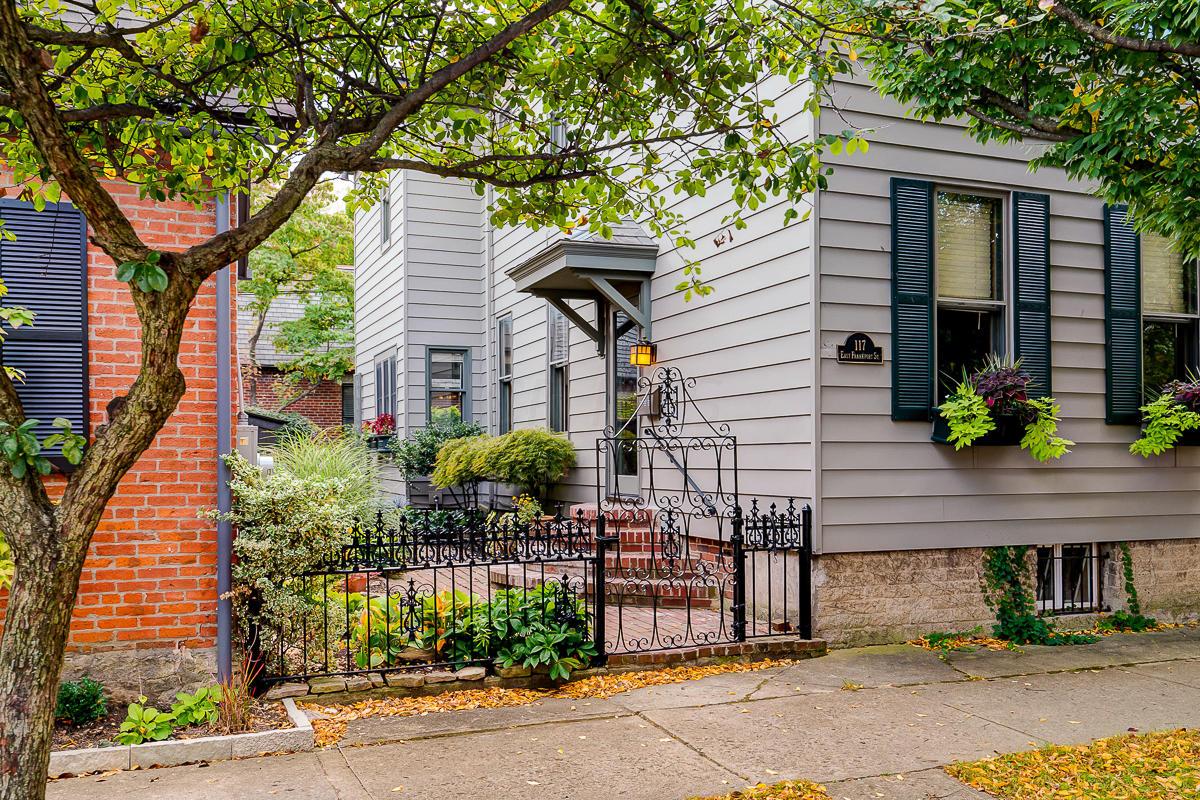 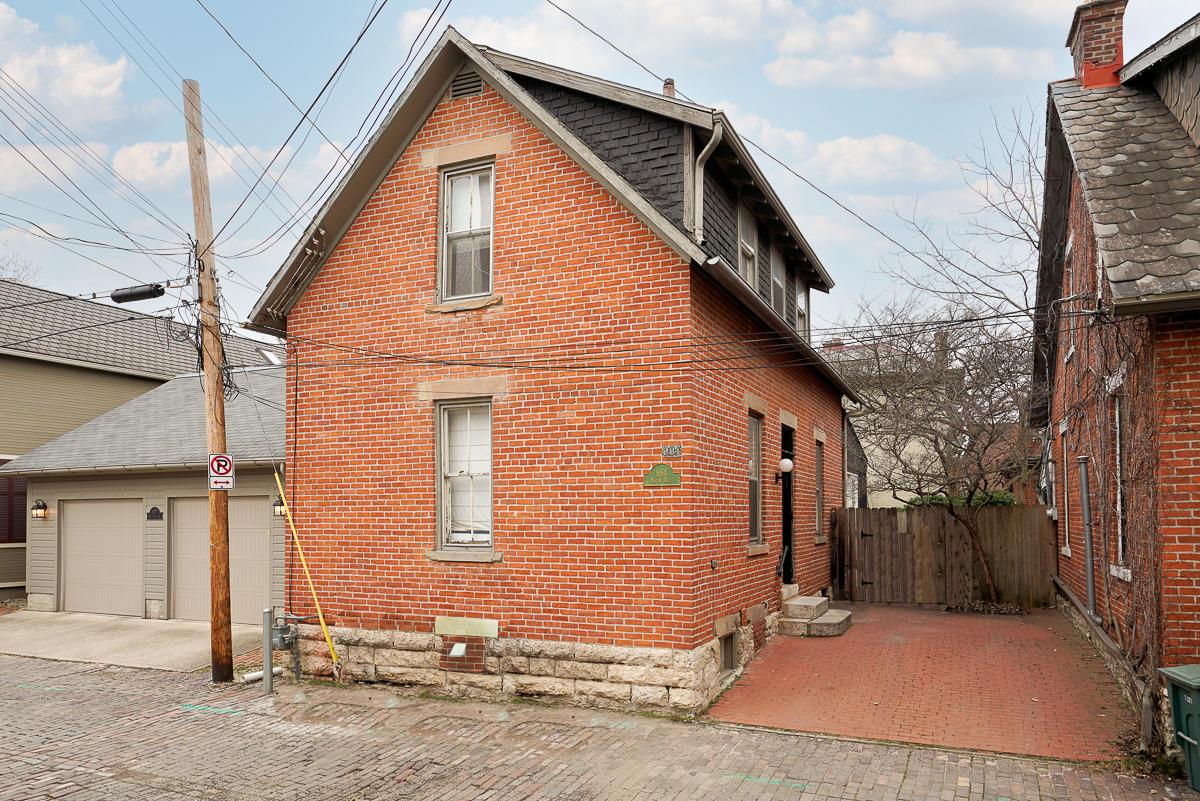 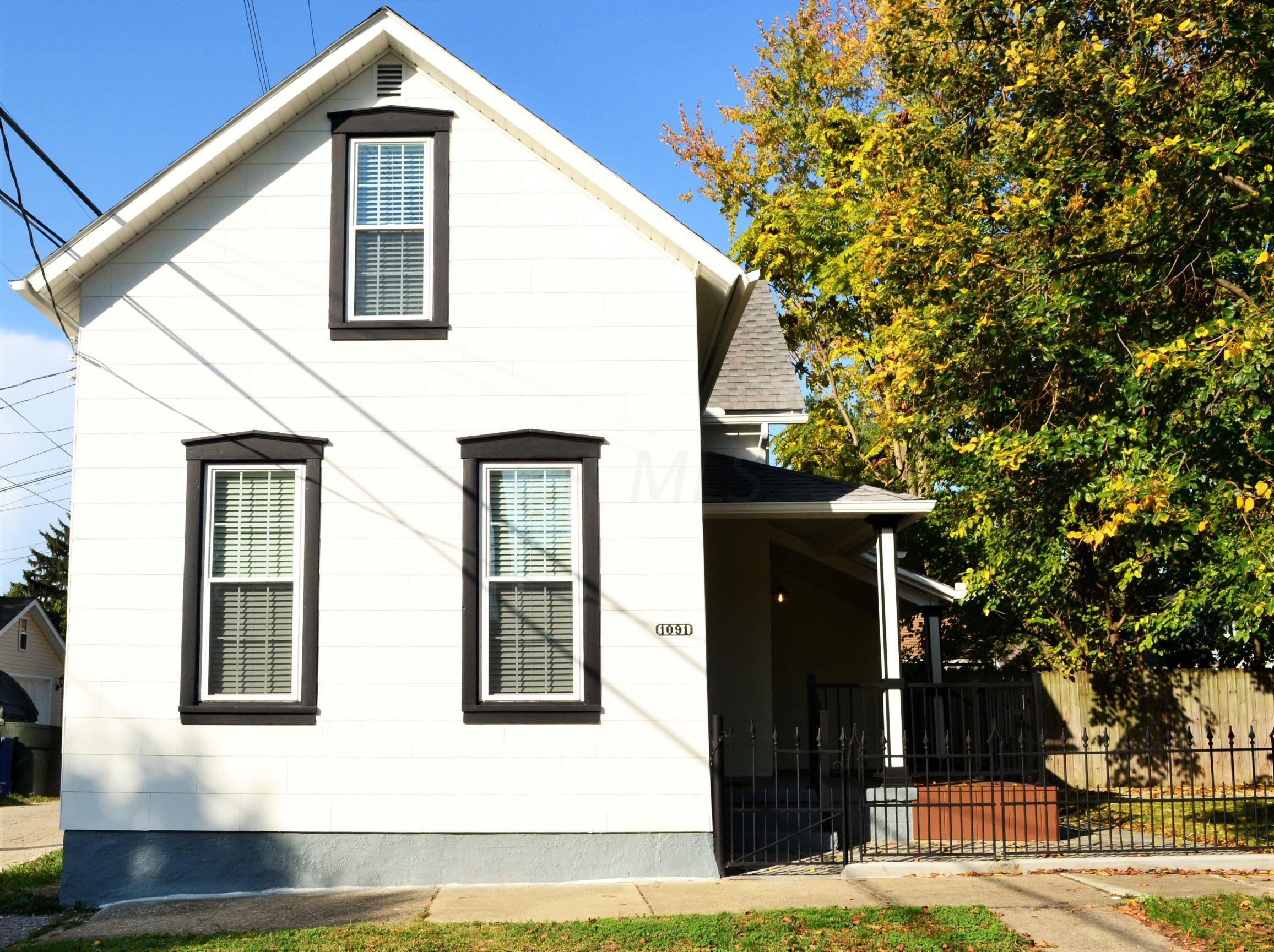